You may have heard that for the first time in nearly ten years, Harvard’s early admission rate ticked up very slightly, from 13.4% to 13.9%. But, that doesn’t mean Harvard is throwing open its gates to early applicants. In fact, this year they accepted forty fewer people than last year during the early admission round (see Fig. 2). The difference came because almost 540 fewer people applied single-choice early action to Harvard this year, which created the bump.

So where does that leave you? Let’s look at the data.

Overall, a few trends have held steady at top schools for the last few years. Those are: (1) single-choice early action and early decision both offer an admissions advantage compared to regular decision; (2) top schools fill about half their first-year class through early decision, meaning the regular decision pool has relatively few spots to compete over; and (3) schools are doing whatever they can to micromanage their entering freshman classes, ensuring diversity in everything from geography to racial or religious background to interests.

Note: Regular decision rates are based on the 2018-2019 admissions cycle.

For the past four years, the Massachusetts Institute of Technology has consistently been the most challenging school to be admitted to early. That’s partly because MIT uses regular early action, which is not binding, so they don’t get any advantage from taking a lot of students early (more on that in a moment). It’s also because MIT works to keep their early and regular decision rates as similar as possible (this is part of the same philosophy that leads them to avoid giving any advantage for legacy applicants). Finally, because early action doesn’t require students to attend if admitted, MIT also receives many more applications. Close to 9,300 applied early action to MIT in 2019. That’s almost three thousand more applications than Harvard and Yale, four thousand more than Princeton, and nearly five thousand more than Brown!

Harvard, Yale, and Princeton offer what’s known as single-choice, or restrictive, early action. Single-choice early action differs from traditional early action in that students can only apply early to one private university. However, unlike traditional early decision, it is not binding; that is, students who are admitted are not required to attend. This in-between category allows students to indicate their first preference (because Harvard knows the applicant did not also apply to Yale early, and vice versa), but the student can also apply to more schools in January and wait until the spring to decide. Colleges argue that this allows students to compare financial aid packages without the onus of a binding contract, one of the primary drawbacks to applying early decision. Nevertheless, because it is limited, we still see an admissions bump.

Finally, the remaining schools use traditional early decision, which is the most common form of early application at most private (and a few public) universities in the United States. Traditional early decision means students who are accepted in this round must attend. This system offers a number of advantages for colleges. For one, they know they are students’ absolute first choice, which both makes them happy (colleges love to be flattered) and helps with their yield – that is, the percentage of admitted students who actually matriculate, or attend. Colleges are obsessed with their yields, and filling up their freshman class with students who are bound to attend (see Fig. 3) means they can admit fewer students in the next round who might turn them down.

* Because early admission is not binding at MIT, Yale, Harvard, and Princeton, these numbers may not be entirely accurate. However, at Harvard, Yale, and Princeton, Single-Choice Early Action does indicate the first-choice preference, so it is reasonable to assume that the majority of students admitted ultimately attended.
ª Estimated based on last year’s class size; the actual number may vary.

This is one of the more confusing conclusions we can pull from early decision data, but it’s among the most important. For any school using early decision (here, Brown, Duke, Cornell, Penn, and Johns Hopkins), students admitted early are certain to attend. That means that at Duke, for example, 50% of the freshman class is already spoken for by the time most students apply in January. The average freshman class size at Duke is just under 1800; that means there are only 900 spots for every other person who applies later. Last year Duke received more than twenty-seven thousand regular decision applications, versus about four thousand early applications. It’s that phenomenon that keeps regular decision rates so low at top schools.

We’ve focused here on a handful of the most competitive schools in the nation, but these trends are applicable to all schools that offer early action or early decision. The logic that guides these schools with regard to yield management extends to all colleges and universities, which means early decision provides an admissions advantage at almost every school. That said, while these early rates dwarf the regular decision rates (see Fig. 1), they’re still not high! Harvard rejects or defers more than 8 out of every 10 early applicants, and early admission rates are still falling at places like Yale, Princeton, and Brown. If you choose to avail yourself of early action or decision, you need to target a school where you will be a competitive applicant and you need to submit your strongest application possible to be admitted. 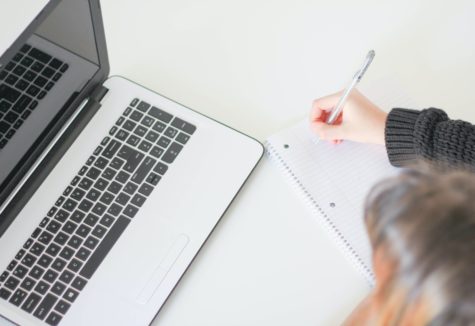 What Will College Admissions Officers Care About in the Age of COVID-19?

How to Choose a College or University