It’s official! Ivy Day has come and gone; the most selective schools in the United States have made their offers to the Class of 2024. It was a wild year, beginning with some upsets in the Early Decision round and then completely turned on its head by the ongoing, global public health emergency known as COVID-19.

So, what did we learn? What lessons can we take away from this very strange year?

Well, one thing is for sure. After years and years of admission rates plummeting at top schools, with every subsequent year offering “record high” numbers of applications and “record low” admission rates, these trends have finally stopped. For the first year in decades, the overall trend at most Ivy League schools and other top universities was one of rising, rather than falling, admission rates. As you can see, those yellow lines are a little longer than the ones below them at most of these highly competitive schools, even where admission rates had been falling for a few years.

Of course, we’re still talking about acceptance rates in the single digits, and no schools’ rates went back up to what they had been even five years ago. But there may still be some conclusions we can draw from this somewhat surprising outcome.

Colleges Are Worried About Their Yield—Even the Ivies!

This semester, due to the spread of COVID-19 throughout the United States and the world, all residential colleges have basically shut down. Students have gone home, faculty are teaching remotely, and everyone is waiting to see what will happen next year. These events are unprecedented in modern history, and it’s clear that admissions officers are scrambling to predict how the public health emergency will affect their efforts.

Uncertainty is something admissions officers deal with all the time, but it’s also something they strive hard to control. A big part of their job is trying to predict how many of the students to whom they offer admission will actually attend the school. That percentage (the number of matriculated students divided by the number of accepted students) is known as a college’s yield, and schools like Harvard and Stanford take pride in their yield being upward of 80% every year. That statistic means that the vast majority of accepted students ultimately attend these schools.

However, the coronavirus outbreak is throwing these tendencies into disarray. Colleges need to protect their yield, but they also need to fill their class. With the health emergency making prospective students’ choices more unpredictable than ever, there’s a high likelihood that schools are admitting more students because they aren’t sure exactly who will attend.

The unique circumstances surrounding the coronavirus pandemic can’t explain everything about this year’s uptick in acceptance rates, however. For one thing, students applied well before the disease began to affect most parts of the world, so we can’t blame the virus for decreasing applications. Rather, it’s clear that, at least for now, the number of applicants—and applications—to the Ivy League and other top universities seems to have peaked.

Some of this has to do with demographics. The number of high school graduates in the United States peaked in 2011 and has been falling or remaining steady since then. However, we know that’s not the only thing that matters. Indeed, even as the total number of students has been falling, the total number of applications has actually been rising, as students apply to more and more schools to maximize their chances and choices.

As you can see, while Princeton held steady at about 23,800 applications this year, most of the rest of these schools saw a decline of at least a thousand, and in some cases a few thousand, applications. While this isn’t completely determinative – Duke, which lost the highest number of applications, actually maintained a steady overall admission rate—it does help explain the slight uptick in admission rates. If applications don’t increase, admission rates can’t decrease.

Fewer International Students Want to Come to the U.S.

Again, this trend is driven partially by the coronavirus and partially by larger factors at work. Nearly a third of international students at American colleges and universities are from China, and schools are clearly worried about how many of their admitted students will be able to attend in light of recent events.

At the same time, there’s some evidence that the current political situation in the United States is making it a less desirable place for international students, particularly students from Asia, to study. While that certainly doesn’t account for the entire downturn in applications, it is something that colleges are thinking about.

What Does This Mean for You?

First things first: none of this suggests that it’s going to get any easier to get into an Ivy League school or another top university. While population decline and a strong economy may account for some of the decrease in college applications, those trends tend to affect public and less competitive schools much more than hyper-selective schools like Harvard and Yale.

Rather, it’s much more likely that a growing strategic use of Early Decision has meant that a few thousand students every year who might have thrown their name into the ring for the Ivy League or other top universities are getting in early, and thus not applying to Princeton, Columbia, or Dartmouth. This, combined with a smaller number of college applicants overall, seems to have finally pushed applications to highly selective schools down after decades of rising numbers.

Nevertheless, it’s important to keep in mind that these schools are still looking for the same things in their applicants. Just because they’re rejecting fewer people who don’t meet their standards doesn’t mean they are lowering those standards. You’ll still need a great GPA, top scores on standardized tests, strong leadership experience, and a compelling story. These percentages won’t matter if you don’t show these schools you can offer them what they’re seeking! 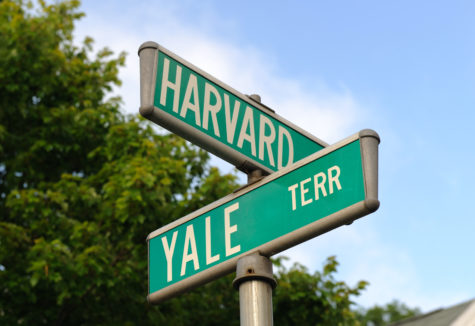 Which Colleges and Universities Will Be Test-Optional in 2022-2023?

Here is an up-to-date list of every school that will be test-optional, test-flexible, or test-blind in 2022-2023. 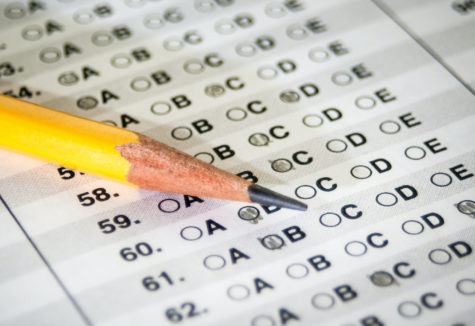 The College Board recently announced an entirely new format for the future of the SAT. What will it look like, and how will it affect you?