Everything You Need to Know About ED II (vs. ED I) 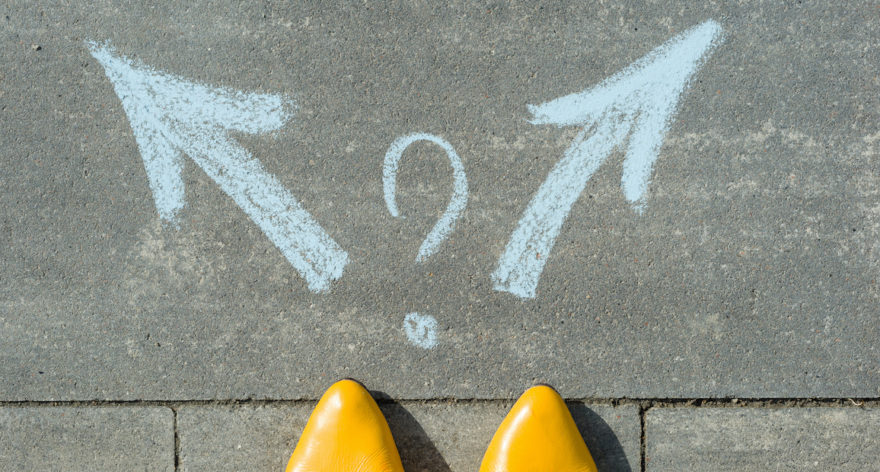 In recent years, the majority of selective colleges and universities in the United States have added some kind of early admission program, though these programs can vary significantly across schools. Here, we’ll talk about some of the advantages and disadvantages of each, and how they’ll affect your college admissions process and decision making. In particular, we’ll parse:

Whether to Apply ED1, ED2, or Early Action might be the single most important part of your college application process. Using it to your advantage could substantially increase the likelihood of admission to your top choice school.

Let’s focus on Early Decision (1 and 2) first. The most important feature of both Early Decision 1 and Early Decision 2 is that you are completing an application that will commit you to that college if the college accepts you. As part of your application, you will sign an early decision agreement that “binds” you to attend if admitted.

For that reason, you can only apply Early Decision at a single college at a time. If you are accepted to a school Early Decision 1 or Early Decision 2, you will have to withdraw any other applications you have submitted. If you are rejected, you are released from your agreement to attend if accepted. A deferral will also release you from your ED1 or ED2 agreement; although your application will be reconsidered in the regular applicant pool, if admitted after a deferral, you will not be obligated to attend.

The advantage of applying Early Decision (ED) is that acceptance rates for ED applications are sometimes two to three times higher than the Regular Decision admission rates at the same schools. For instance, Northwestern’s overall acceptance rate is only 9%, but its early decision rate is closer to 25%. Johns Hopkins University’s jump is even bigger, from 9% to 31%. And the early decision rates at schools like Washington University in St. Louis, Emory University, and Tufts University are all multiple times the regular decision admission rate.

Why is this? The reasons are multifaceted, but in general they come down to two major factors: yield rate and selectivity:

Yield Rate: Colleges care A LOT about how many of the students they admit actually decide to enroll (or matriculate). By admitting a lot of students early decision, they can raise the number of people who decide to enroll, because a substantial portion of their incoming freshman class (all of those students who applied ED) has a yield of 100%. This takes some of the pressure off admissions offices to predict who will attend and who won’t.

Selectivity: Colleges also like to reject more students than they accept, because it increases their selectivity and thus their prestige. By admitting a higher percentage from the ED1 and ED2 applicant pools, they drive down the regular admission rate. Today, many selective schools are filling close to half their spots with Early Decision applicants. That means there are only half as many spots for regular decision applicants as before.

Deadlines: For Early Decision 1, the deadline is usually November 1, and you will typically receive an admissions decision by December 15, before the regular application deadline. That means if you’re accepted, you’re done! You can enjoy the rest of high school. For Early Decision 2, however, the deadline is usually January 1 or January 15. This means you must apply Regular Decision to the rest of the schools on your list. If you’re admitted Early Decision 2 (usually around February 15 of your senior year), you will withdraw your remaining applications.

Acceptance Rates: Although colleges are cagey about the data, evidence suggests that Early Decision 2 is not as effective in boosting your chances of admission as Early Decision 1. That’s because schools have already admitted a significant number of students, and they know how many regular decision applicants they received, so they are less reliant on Early Decision 2 to arrive at their preferred yield and admission rates. Still, so applying ED2 is still a big boost in your likelihood of admission.

In short, ED2 is a second chance at an Early Decision application, whether because you were not admitted to your first-choice college ED1, or because external factors prevented you from applying ED1 (a sports schedule, poor first quarter grades, etc.). In the former case, that means students will apply both ED1 and ED2, but to different schools.

What is Early Action?

Early Action programs, on the other hand, are non-binding; they simply give applicants a chance to apply to the school and get an earlier response. However, because Early Action is not binding, it tends to give less of an admissions bump than Early Decision. There are two types of Early Action that are important to know about:

Restricted, or Single-Choice, Early Action: A few select schools, mainly in the Ivy League plus Stanford, offer something in between Early Decision and Early Action. Single-Choice Early Action, or SCEA, means that you can only apply early to one private school (excepting public schools). These schools argue that Early Decision is unfair to students who need financial aid, as under Early Decision 1 or 2 they will not be able to compare financial aid packages before they agree to attend. Because SCEA is restricted, it results in a noticeable admissions bump, though generally not as strong of a bump as ED1 or ED2.

Below find answers to some of the most common questions about applying early.

What Schools Can I Apply Early To?

That depends on whether you’ll be applying ED1, ED2, EA, or SCEA!

The majority of private schools offer at least one of Early Decision 1 and Early Decision 2. These include universities like Tufts University, Boston University, Vanderbilt University, and Emory University; liberal arts colleges like Colby, Hamilton, Swarthmore, and Middlebury; and even some public schools, including the University of Virginia.

Can I Withdraw My Early Application?

You can withdraw or change the status of your early application at any time before an admissions decision is reached. For some students, this might be withdrawing their application if they’ve had a change of heart, although they should be aware that this will be a red flag for colleges and likely decrease the applicant’s chances in regular decision at that school.

Withdrawing your application after a decision has been made is much harder. It is possible for students to back out of their early decision agreement if they can convincingly show that it is not possible for them to attend under the financial aid package that was offered.

Can I Just Apply Early Decision 2?

In either scenario, if there’s another school you’re excited about, it makes sense to apply Early Decision 2 instead of waiting to hear back about your deferred application and taking a chance on those ever-diminishing regular decision rates. Although the Early Decision 2 admission rate is not as high as Early Decision 1, it can still provide a hugely beneficial bounce.

Be careful, though: not all schools that offer ED1 also offer ED2. Be sure to research in advance what schools have an ED2 option, or check with your college counselor.

Can I Still Get Merit Aid if I Apply Early Decision?

What Does it Mean to Get Deferred?

Getting deferred isn’t the same as getting rejected. A deferral means that your application goes back into the pile with the rest of the regular decision applicants. If you applied Early Decision 1 and got deferred, you are released from your commitment to attend if admitted.

How likely you are to be admitted after deferral varies greatly by school. But in general, deferral from an Early Action or Early Decision application means you won’t benefit from the early bump, where it exists. That doesn’t mean you can’t get in, but know that you’re now at the mercy of the regular decision admission rate. In this scenario, it’s always a good idea to at least consider applying Early Decision 2 somewhere else.

Do My Senior Year Grades Count?

Yes! Even if you apply Early Decision 1, before first quarter is over at most high schools, colleges are likely to request a “mid-term report” from your school counselor to check on your grades. The same is true for Early Decision 2 and Regular Decision applicants; schools will ask for your mid-semester grades, even if the term isn’t officially over. No matter what decision deadline you apply for, make sure you’re keeping your senior year grades up!

Where Do I Select Early Decision 2?