As you likely know, applying to private schools—just like applying to college—often means taking a standardized test. For most middle and high school applicants, this means the Secondary School Admission Test, better known as the SSAT.

In some ways, the SSAT is similar to other standardized tests, particularly the SAT, to which it bears some notable similarities. Indeed, the content of the SSAT is quite similar to the SAT of a generation ago, up to and including an analogies section. Its overall categories will also be familiar to anyone who knows the SAT: Critical Reading, Mathematics, and Writing.

However, there are also some key differences between the tests, ones that matter both in terms of how a student should prepare for the SSAT and how families should interpret their scores. The SSAT is actually quite different than other standardized tests your child has already encountered or may yet encounter, so it’s important to understand its uniqueness.

1. The Test-Taking Population Is Highly Self-Selecting

The main factor that differentiates the SSAT from other national tests is that far fewer students take it. Last year nearly four million students sat for the SAT, but fewer than 100,000 took the SSAT. That difference means that a student’s past performance on a statewide or national standardized test, such as the MCAS, is not necessarily a good predictor for the SSAT.

Adding to the much smaller pool of test-takers is the fact that almost no student goes into the SSAT without some tutoring or preparation, given the demographics of most private high school applicants. So, regardless of how your child normally scores, make sure that you build time into your private school application process to prepare for, and even retake, the SSAT.

Like the old SAT, the SSAT bills itself as an “aptitude” test, one that proclaims to test how students think, not what they already know. That aim means the SSAT intentionally presents students with material they haven’t yet encountered in school in order to test their problem-solving abilities.

As a result, many students come out of the test wondering, What on earth just happened? Was I supposed to know all of that? Sometimes, just knowing that they’re going to encounter strange new stuff can set students at ease. Other times, there are certain subjects a student can brush up on, depending on their age and goals, to increase their scores.

None of this means that students cannot prepare for the test; indeed, most SSAT tutors find the test to be highly coachable. What it means is that having a chance to practice and know what to expect can make an enormous difference in students’ scores because more prepared students won’t be thrown by the test’s unfamiliar questions and purposeful misdirection.

Having a test-taking strategy is essential to the SSAT. Unlike an achievement test, students do not score well by mastering the content of the test. Instead, they do well by answering very selectively and guessing strategically. A strong strategy helps for two reasons:

For one, the SSAT is administered to different grade levels, which means that a student is almost completely certain to encounter material that’s too advanced for him or her. Further, the SSAT has a guessing penalty, meaning a wrong answer actually removes raw points. For those reasons, knowing when to guess or skip is crucial to maximizing a score.

Second, given how collectively prepared SSAT test-takers are, the room for error is small. If a student gets two or three questions right instead of wrong, he or she could wind up with an overall percentile ten or even fifteen points higher. That’s potentially the difference between a percentile in the low 60s and one in the high 70s.

Thus, having someone help your child figure out when to answer, when to guess, and when to skip is crucial to mastering the test. No matter how well a student is doing in school, he or she may not do well on the SSAT without a clear plan for test day.

4. Look at Percentiles, Not Scores

The biggest question many families have about the SSAT occurs when they get their scores back, whether from a diagnostic test or the real thing. The SSAT score report gives you three numbers: a raw score, a scaled score, and a percentile. Of course, higher is better and lower is worse, but on their face, these scores generally do not mean much to families.

What is clear is that, of those three scores, admissions officers at private schools care most about the percentile because it shows where the student is for his or her age group. How high that percentile needs to be depends on the caliber of the private schools to which you’re applying, as well as what else your child has in his or her application.

Finally, it’s important to understand the SSAT essay, which comes right at the beginning of the test. Test-takers are given a choice of two topics (one creative, one persuasive), and then they have 25 minutes to develop, plan, and write an essay. Because this section is not scored, some students don’t take it seriously and don’t prepare for it.

However, even though it’s not scored, the essay is sent to admissions officers with the score report. Why? Private school admissions officers use the SSAT essay both to evaluate students’ writing and to check their application essays, to ensure they haven’t received too much help. Because it’s very short, they can quickly review it alongside the rest of the application.

Of course, no one does their best work in less than half an hour with no chance for revision! The essay will not be perfect, and that’s perfectly okay. Nevertheless, it’s important to consider the SSAT essay a part of your application, and prepare for it accordingly.

Generally speaking, most private schools do not prioritize the SSAT. They care a great deal about students’ extracurricular involvement, their academic performance in school, their letters of recommendation from teachers, and their application essays. Nevertheless, schools do use the SSAT score to help contextualize students’ academics and compare them to their peers.

For that reason, having a strong test-taking strategy and being cognizant of the ways this test will be different than any your child has encountered before can be an enormous help. This approach will not only raise your child’s score, but also de-stress the standardized testing process for everyone involved. 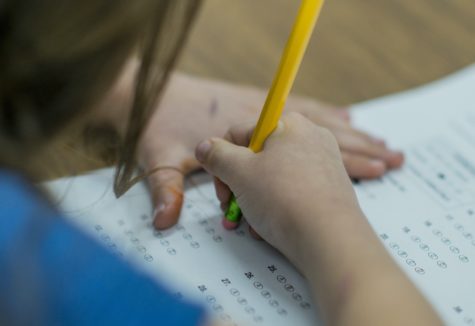 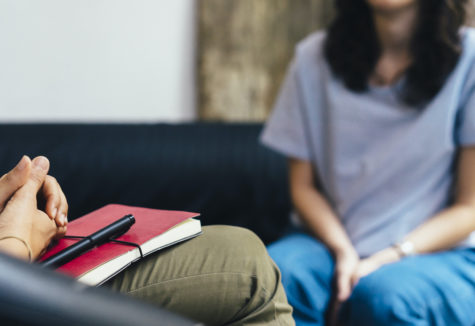 Getting into Private School: A Complete Guide